If you are reading this, it means you are already in Paris and are looking for attractions to visit in the city. Chances are also that you are planning a trip to the fashion city of Paris and after packing all your blacks are now planning your itinerary.

Either way, you will love our list of the most popular tourist attractions in Paris, France.

Paris is one of the leading tourist destinations of the world because of some of the finest tourist attractions in and around the city. This French city is at the top of our list of the most romantic honeymoon destinations in the World. Perhaps, London is the only other city which can even come close to the popularity that Paris enjoys amongst tourists. Paris city’s official guide.

Located in the heart of Paris, Grand Palais is the world’s largest existing ironwork and glass structure. It’s a large historic site, exhibition hall and a museum that makes it one of the most popular tourist attractions in Paris. Once you are in Paris, go to this magnificent place to see the contemporary art and fashion.

The Catacombs of Paris are underground ossuaries, in Paris. It is the 200 miles of caves and tunnels and most of it is filled with bones and skulls of the dead. That’s the reason it’s also known as ‘The World’s Largest Grave’. This place is not suitable for people with a weak heart or respiratory problems and young children. Image Courtesy: Wikimedia.com

Sainte-Chapelle is a 13th century royal gothic chapel. Located in the heart of Paris, erection of this chapel was commissioned by Louis IX of France. This stunning chapel is one of the most popular tourist attractions in Paris. Go to this place to witness one of the great achievements of Gothic architecture.

To avoid the crowd, buy Priority Entrance tickets for Sainte-Chapelle

Sacre-Coeur is a Roman Catholic Church that is dedicated to the Sacred Heart of Jesus, in Paris, France. Situated on the top of Montmartre hill, this majestic monument is one of the most popular tourist attractions in Paris. It took 40 years to build this monument of repute. Official word on Paris tourist attractions.

Originally named Euro Disney Resort and commonly known as Disneyland Paris, this is an entertainment park which is the most visited theme park in all of France and Europe. This 4,800 acres of resort has two theme park, resort hotels, a shopping, dining and entertainment complex and a golf course.

The Musee d’Orsay is a museum in Paris, which is housed in a train station building. This museum holds the French art work from 1848 to 1915. Art lovers from every corner of the world come here every day and if you are one of them, it is a must visit place for you. Some of the artists you can expect to see at Mussee d’Orsay are painters including Monet, Manet, Degas, Renoir, Cézanne, Seurat, Sisley, Gauguin and Van Gogh.

To save time, book your dedicated entrance to Musee d’Orsay

Arc de Triomphe is one of the most famous monuments in Paris. Located in the center of Place Charles de Gaulle, this arch was commissioned by Napoleon as a tribute to those who fought and died for France in the French Revolutionary and the Napoleonic Wars. Beneath its vault lies the Tomb of the Unknown Soldier from World War I. Image Courtesy: Wikimedia.com

Notre Dame de Paris meaning ‘Our Lady of Paris’ in French is a Gothic Cathedral located in Paris. It’s a 12th century building which is best known for its French Gothic architecture that makes it one of the most popular tourist attractions of Paris. There are a lot of beautiful Parisian hotels surrounding the cathedral which give you a magnificent view of it.

Once was a royal palace and now the world’s most famous museum, The Louvre is one the most popular tourist attractions in Paris. Situated at the heart of Paris this grand museum has some finest work of art including Mona Lisa and Venus of Milo. If you have slightest of love for art, you must visit this place.

Avoid the crowd, book your online tickets for The Louvre 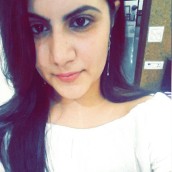 Deeksha loves to explore diverse cultures and cuisines. She is always looking forward to learn what different countries have to offer. She is not too worried about the holiday destination as long as it is different from her last one. She loves roaming around the streets with no timelines to adhere. Favorite Cities: New York, Barcelona, London, Paris, Rome