Disneyland Paris, the most visited theme park in Europe is located in Marne-le-Vallée, about 32 km east of the center of Paris.

It opened on 12th April 1992 and has seen around 320 million visitors till today’s date.

These parks have some amazing rides for all age groups. Find out everything about the rides in Disneyland Paris.

Here is a list of 22 best rides in Disneyland Paris. We have also mentioned the kind of tourist the ride is most suitable for and if FastPass is accepted at the ride.

This list of the best Disneyland Paris rides is alphabetical.

At Adventure Isle, keep a watchful eye on what’s ahead as danger lurks beneath crisscrossing suspension bridges, besides narrow pathways and within spooky caves.

Get your little treasure hunters ready for a trek they’ll never forget.

Prepare yourself for one heck of a ride in a runaway mine train cart that takes you for a thrilling ride inside and around a haunted mountain. This adventure ride will surely get your adrenaline rushing.

Ever dream of traveling in space? Now gear up your space cannon to help Buzz defeat Zurg in an intergalactic laser shooting gallery.

This setup will surely give you the feeling of being in space as you fight off the enemies with your invisible laser gun.

The jolly little train from Dumbo will take you gently up and down and around the miniature marvels of Disney stories like the Drawfs’ mine, gingerbread house, and Rapunzel’s high tower.

Love traveling in style or simply want to avoid the hustle bustle of the crowd on the sidewalks?

Take a horse-drawn streetcar between Town Square and Central Plaza and let it ride you around as you sit in comfort and splendor.

Discover this beautiful tree house made by Swiss Family Robinson as you ascend a series of walkways and stairs to revel in salvaged decoration in detailed rooms, library and kitchen.

When you reach the top, you can grab a telescope and take a view of the beautiful island below.

Hop inside a 15-person boat to have a different view of the Disney houses, villages and memorable moments in Disney’s Storybook Land as you pass through valleys and hills.

A scene from The Sword in the Stone, Belle’s village and the Beast’s castle from Beauty and the Beast and The Emerald City are some of the miniature constructions here.

Board Captain Nemo’s historic submarine and discover the imagination of Jules Verne from 20,000 leagues under the sea. Brace yourself for some nasty, seafaring secrets as you wander the corridors.

Pinnochio and his friend Jiminy Cricket will take you on an incredible journey as they face some familiar foes.

Watch Pinocchio dance with puppets, get locked by Stromboli and transform into a real boy at the end.

Sit in an oversized cup and prepare yourself for a whimsical whirl around a giant teapot. Each teacup includes a wheel that lets you control the direction and speed of your spin. Fast or gentle riders, it’s for everyone.

Be a captain of your own vessel as you ride it around a galaxy of planets high above the sights and sounds of Discovery Land.

On this famous Jolly Roger-flying galleon, you can man the deck and commandeer the galleon.

Young marauders will often come to inspect the cannons but if they aren’t careful, you can make them walk on the plank in no time at all.

Suitable for: All ages (may frighten younger guests)

14. Pirates of the Caribbean

Captain Jack Sparrow and his crew will take you on board to man the deck and hoist the rigging as he sets on a clumsy quest to unearth hidden treasures.

Watch vengeful Captain Barbossa transform into a zombie as he confronts those who betrayed him.

Test your eyes and shooting skills with a shooting range full of interesting targets like prickly cacti to Peg-Leg Pete. There is an extra charge for this attraction.

Surrounded by a square of trees and home to an occasionally waking dragon, the Sleeping beauty castle is the most famous 167-foot landmark that boasts soaring spires, ornate turrets, regal royal-blue rooftops, stained glass windows, and tapestries.

This central icon of Disneyland Paris rises high in the sky at the end of Main street, U.S.A.

Board a Starspeeder 1000 and take off on a thrilling 3D voyage to discover distant destinations, encounter famous characters and jump into a stunning scene inspired by Star Wars: The Last Jedi.

It is an attraction best loved by Jedi fans.

Attend a briefing from Admiral Ackbar and set out on a mission to pilot a reconnaissance vessel and spy on an Imperial Star Destroyer in this thrilling ride into space.

Hop in one of the two majestic 19th Century-style paddleboats Mark Twain and Molly Brown and witness a whole new view of Big Thunder Mountain, Wilderness Island and cascading waterfalls along the way.

20. Indiana Jones and the Temple of Peril

Hop onto a runaway wagon and race in and around a mysterious, dark jungle to experience a look-alike of the temple run game.

Board a colorful galleon, fly over the starlit London to see famous sites like Big Ben and Tower Bridge and witness many scenes from the unforgettable Never Land made famous from the Disney movie, Peter Pan.

Do you love haunted houses and the thrill of sudden surprises? If yes, then the Phantom Manor will give you goosebumps with its 999 happy haunts hiding one dark, nasty secret.

Depending on their popularity, different rides have different waiting time.

For very popular attractions, sometimes the queue is so long that that waiting time can even exceed one and a half hours.

Following is the list of the most popular rides –

Following are the moderately popular rides where waiting time is usually an hour.

It is always best to use a Fastpass to avoid the lines.

The following rides should be avoided during busy times because they can easily be assessed later in the day (around closing time) without a long queue.

The average waiting time for these rides is 30 minutes.

Not so popular rides at Disneyland Paris

These minor rides have a waiting time of around 10 minutes. Here is a list of such rides-

Rides at Disneyland Paris with no waiting time

Following are the rides which have no queue time. You can try them out at any time of the day.

Apart from some restrictions for people with back and neck problems, Disneyland has a minimum height requirement for various rides and the visitors are measured with a height stick at the entrance.

Make sure you check your height before you sign up for the rides.

Many attractions in Disneyland may be unsuitable for toddlers, but there are plenty that suit all ages like It’s a small world, Mad Hatter’s Tea Cups, Peter Pan’s Flight, and Pocahontas Indian Village.

Also, Parents can benefit from a service called baby switch to make the best of their tour. Baby switch is a facility where you and your partner take the toddler, in turn, to ride without having to queue again.

The Disney Paris rides map is available on here. You can simply zoom in and use it to reach the attraction. 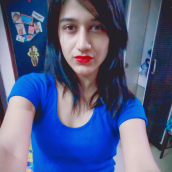 Era Kaundal is a writing enthusiast and a Korean language lover. In love with the beauty around her, she dreams of exploring the beautiful sights all around the world. While planning her holidays, she prefers destinations where one can relax and rejuvenate. Favorite Cities: Seoul, Tokyo, Florence, Vienna