The Pantheon is a building in the Latin Quarter in Paris, France.

It was initially built as a church dedicated to St. Genevieve, the patron saint of Paris in the Roman Catholic and Eastern Orthodox traditions.

However, today Pantheon in Paris functions as a secular mausoleum containing the remains of distinguished French citizens.

In this article, we share everything you need to know before visiting the Pantheon in Paris.

Where is Pantheon in Paris

How to reach Pantheon Paris

With so many tourists heading to the Pantheon, ‘how to reach Pantheon’ is a very popular search.

To reach the Pantheon, there are three modes of transport you can choose from.

RER – Luxembourg
Luxembourg station is 650 meters from Pantheon. It is a 10-minute walk.

This Paris tourist attraction is open 7 days a week.

On some special days, the regular timings get affected a bit.

When is Pantheon Paris closed?

Pantheon in Paris is closed on the following days –

How long does Pantheon tour take

Pantheon Paris is a large building, and there are lots of things to see.

In one hour you can explore everything there is to see at the Pantheon Paris.

If you want to go to the rooftop of the Pantheon, you will need a guide to take you to the top (and it costs extra too).

If you love to get into the details and end up using the official audio guide, your trip may get extended to 90 minutes.

Pantheon is open all through the year, and any time is a good time to visit the Pantheon in Paris.

However, there are some times which are better than the rest.

Pantheon gets busy during peak summer months, that’s why we recommend an early morning visit.

We also recommend a mid-week visit, if you can manage that because during the weekend Pantheon can get crowded.

If you get a chance to step out later in the day, visiting the Pantheon at night is also highly recommended.

Tourists who have visited Pantheon in Paris, believe that it is better at night.

After dark, the monument gets illuminated and the view is totally different from what it is during the day.

At night, it is also less crowded.

There are numerous ways to enter Pantheon Paris for free.

The entry is completely free during the European Heritage Days, in the third weekend of September.

From Jan 1 to March 31 and from Nov 1 to Dec 31, Pantheon allows free entry on the 1st Sunday of every month.

Note: Even if you have to pay for Pantheon tickets we suggest you do it because it is highly rated on Tripadvisor.

1. Instant ticket delivery. The tickets land in your email within five minutes of purchase.

2. Smartphone tickets. You don’t need to take the ticket printouts. Just show ticket in your email, on your smartphone.

3. Priority Entrance tickets. You don’t have to wait in queue anywhere.

This Pantheon ticket price doesn’t include the climb up to the top.

Tickets to go up to the rooftop of Pantheon can be bought at the site for just 2 Euros.

Paris Museum Pass is the most convenient and affordable pass as it provides access to 60 Parisian Museums, including the Pantheon.

Some of the other attractions this Paris Pass can help you access are – the Louvre, Palace of Versailles, Arc de Triomphe, Centre Pompidou etc.

You can buy this Pass for 2, 4 or 6 days and the price changes accordingly.

The Parisian Pantheon has a nice audio guide you can make use of during your visit.

The Pantheon audio guide costs 3 Euros and can be bought at the venue.

The duration of this audio tour is one and a half hours.

Over the years, Pantheon has only become more interesting to the tourists visiting Paris.

This has primarily been because of all the interesting facts about the Pantheon.

Initially, the Pantheon Paris was to be Saint Genevieve church.

In 1791, the Constituent Assembly decreed that it was ‘to receive the great men of the epoch of the French Liberty.’

The Government of the time decided to bury exceptional Frenchmen (and women) at the Pantheon.

Thereafter, it became the final resting place for men and women who put France on the map.

2. The Pantheon was built as a ‘thank you’ gesture

In 1744, King Louis XV was sick. He vowed that if he regained his health he will replace the ruined church of the Abbey of St Genevieve with a building worthy of the patron Saint of Paris.

As luck would have it, he regained his health. Without losing much time, he commissioned the building.

The foundations for the Pantheon were laid in 1758. However, France was going through a financial crisis around this period which slowed down the construction.

The remodeled Abbey of St. Genevieve was finally completed in 1790.

4. Pantheon in Rome was the inspiration

The portico, with 24 large Corinthian columns was modeled after the Pantheon in Rome.

Above the entrance, it says AUX GRANDS HOMMES LA PATRIE RECONNAISSANTE which when translated means “To great men, the grateful homeland”.

5. Scientific experiment was done in the Pantheon

Léon Foucault demonstrated an experiment in 1851 to prove that the world rotates on its axis by building a gigantic iron pendulum in the Pantheon.

After its success, the original pendulum was later returned to the Musée des Arts et Métiers, and a copy is now displayed at the Pantheon.

From 1906 to 1922 the Panthéon in Paris was home to the site of Auguste Rodin’s famous sculpture The Thinker.

Today the original marble copy of ‘The Thinker’ resides in Musee Rodin in Paris. 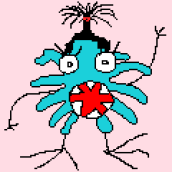 She is an explorer who wants to fulfill her wanderlust. Destinations don't matter as long as she gets to step out of her home and keep going. She prefers to travel with a buddy because it helps her share the experience with a loved one. Favorite Cities: Amsterdam, Berlin, Budapest, Athens