There are two kinds of views you can enjoy from the Nativity facade tower of Sagrada Familia in Barcelona.

Both the views are equally stunning and are reason enough for you to go up the tower.

First is the stunning view of the sculptures on Nativity facade towers (photos given below).

Gaudi took a special interest in these sculptures and it shows.

Once you are done viewing Gaudi’s work on all sides, from the same tower you can also enjoy the amazing view of the Eastern side of Barcelona, the mountains and a little bit of the ocean. Jump to Nativity facade photos

What is Nativity Facade?

A facade is a view created by two or more towers of a building.

Two of these facades – Nativity facade and Passion facade – are complete while the Glory facade is expected to be complete by 2022.

The vantage point on Nativity facade tower is around 65 meters (214 feet) high and the views are a treat for every tourist.

You need to have ‘Towers Access’ tickets (also known as the ‘Top View’ tickets) to go up the Nativity Towers.

Important: 90% of the visitors to Sagrada Familia buy the Fast Track entry ticket. If money isn’t an issue and you prefer an immersive experience, opt for the guided tour of Sagrada Familia. To go up the Tower, buy Tower access ticket (on the ticket booking page you must choose between Nativity and Passion Towers)

Here are some of the best views from the Nativity facade –

The most popular and cheapest ticket is the regular Sagrada Familia entry ticket (adult ticket costs 23 Euros). More than 90% of the visitors to this Barcelona attraction book this ticket.

If you prefer a local Gaudi expert to be your guide, and help you explore the Basilica, opt for this Guided tour of Sagrada Familia (adult ticket costs 35 Euros).

If you want to go up either the Nativity or the Passion Towers, check out this self-guided Sagrada Familia entry plus Tower access ticket. On the ticket booking page, you must select the Tower you want to climb.

The most premium experience on sale at Sagrada Familia is the Guided tour of Sagrada Familia with Tower access (adult ticket costs 50 Euros). During this 90-minute tour the guide takes you around the Church and also on one of the Towers.

Important: If you are still undecided on which Sagrada Familia tower you want to see, check out the views from Passion facade tower and read this Nativity Tower vs Passion Tower comparison.

Save money on your travel within Barcelona city. For unlimited free rides on public transport, Get Hola BCN card 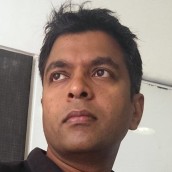