Terezin concentration camp, which is also known as Theresienstadt Ghetto, was used by the Nazis as a concentration and transit camp for western Jews.

It is located close to Prague.

In this article, we explain everything you need to know before you visit the Terezin concentration camp.

What is Terezin Concentration Camp

Prominent Jews from Germany, Austria, Netherlands, Denmark, and many other European countries were accommodated at Terezin concentration camp.

From 1941 to 1945, Nazi Germany used Theresienstadt (in German) as a transit camp for western Jews.

As part of their propaganda, the Nazis allowed the Jews at Terezin Camp to self rule.

Thus, life at the Theresienstadt camp was culturally rich, including concerts, lectures, and education for children.

Here is a short video to help understand what to expect at what was once known as ‘Nazi propaganda camp.’

Important: While a visit to the Terezin Concentration Camp is worthwhile, it is also emotionally overwhelming. If you are traveling with kids be prepared to answer their questions.

Theresienstadt Ghetto is in a town called Terezin in Czechia (new name for Czech Republic).

Terezín is approximately 60 Km (37.2 Miles) to the North of Prague.

Important: If you would prefer local experts to take care of your transport from Prague to Terezin and back, it is better to book one of the three tours we have recommended below.

From Prague to Terezin by bus

If you’re not travelling by private transport, buses are the next best alternative.

Approximately ten buses make the 45-minute trip from Prague to Terezin every morning.

The buses depart from central bus station Florence, the main bus station in Prague for domestic and international buses.

A few more buses depart from Stand 7 of the bus station beside Prague Holešovice train station.

Where to get down?

Terezín is divided into two parts by river Ohre.

While travelling from Prague to Terezin, you will first spot the Small Fortress, to your right.

If you plan to start your exploration at the Large Fortress and Ghetto Museum, you must NOT get down at the Car Park.

Stay in the bus for a few minutes more and you will reach the Main Square with lots of trees (marked as Number 12 on the map above).

The bus drops you right in front of the tourist information office of Terezin concentration camp.

Getting back from Terezin to Prague

Once you are done with your tour of Terezin, the same routine is followed.

There are two places in the concentration camp from where you can catch a bus to Prague.

1. The Main Central Square of the Large Fortress
2. Massive carpark near the Small Fortress

Buses run a couple of times every hour until 5 pm and then they become less frequent.

After 7.30 pm there are no buses from Terezin to Prague.

Missed the last bus from Terezin to Prague?

If you missed the last bus going from Terezin to Prague, don’t worry.

You can catch a bus to a nearby town called Litoměřice (it is 8-mins from Terezin).

From Litoměřice you can catch a train to Prague. More information

To Terezin Camp by train

From Prague you can take trains from either Praha Masarykovo railway station or from the city’s main station to reach the Terezin Camp.

However, we don’t recommend them because once you get off at the station you will have to walk for 15 to 30 minutes to reach the Small Fortress.

Trains also take around an hour, while the buses get you to Terezin in approximately 45 minutes.

This is why most tourists either take the bus or book one of the Terezin tours which also includes transport both ways.

Terezin concentration camp has many sections, and in summer months (1 April to 31 October) most of them open at 9 am and close at 6 pm.

In the winter months (1 November to 3 March) their closing times are advanced.

*The Crematorium is closed on Saturdays.

There are three kinds of Terezin tours you can take – full day tour, half day tour or a private tour.

Note: All the tour tickets mentioned below are smartphone tickets. That is, you don’t need to take print outs. The tickets will get emailed to you, and you just need to show them on your smartphone to join the tour.

This is a highly-rated, seven-hour tour to Terezin Camp is available only on Monday, Wednesday and Friday.

This tour follows the train lines used to move prisoners from Prague to the Nazi concentration camp at Terezín.

You can see the Terezín Memorial, Ghetto Museum, Small Fortress, Columbarium, the Jewish prayer room and the rail tracks used to bring prisoners to Terezín.

Children 13 years and below can walk in for free.

2. Half day tour of Terezín Camp from Prague

As part of this tour, you will visit the small fortress of Terezin as well as the Ghetto Museum.

A live guide accompanies you to help relive the moments the Jews experienced at the Terezin Camp.

With your own transport and guide, the tour moves at your pace.

As part of this private guided tour, you will visit the small fortress, the big fortress, the Ghetto Museum, the crematorium, and the cemetery.

What to see in Terezin Concentration Camp

Terezin camp has numerous attractions for tourists to explore.

A half day tour takes you to the most important of the attractions – the small fortress and the Ghetto Museum.

However, if you want to explore Terezin camp in detail, you must book a day-long tour.

The must-sees at Terezin camp are –

Emperor Joseph II built the small fort at Terezin in the 1780s to keep the Prussians safe.

From 1940 to 1945 the Small Fortress served as the prison for Jews from many nations.

In 1994, a new permanent exhibition devoted to the history of the political prison was inaugurated in this fortress.

As you walk through the cemetery in front and the numerous cells, you can’t but feel the pain and anguish felt by the Jews once housed here.

The Large Fortress is on the East side of the river and is almost like a town enclosed by walls.

The Nazi had used the Jewish artisans and carpenters, to transform the massive fortress into a concentration camp.

The Ghetto Museum is in this big fortress.

Terezin Concentration Camp has four prisoner courtyards, which face the prison cells which housed the Jews.

Some tourists are known to hear the cries of those in the prison as they walk through these courtyards. It is that chilling.

It is believed that these tiny cells within Theresienstadt camp sometimes housed as many as 100 prisoners.

The prisons facing the third Courtyard were reserved for women.

After the Nazi decided to use the Large Fortress as a concentration camp, the non-Jewish population of the fortress was expelled (in 1942).

This gave the Jews a lot of closed spaces to be converted into small prayer rooms.

The Jews then decorated the upper walls and vaulted ceiling to make it interesting.

At the Theresienstadt camp, a former shooting range was used as an execution courtyard.

The Nazis sometimes made the other inmates witness these executions.

Due to a large number of executions on a daily basis, mass graves were unearthed later near the execution site.

This Museum narrates the history of the Ghetto established in the Large Fortress.

This Museum is proof that even though the Jews were living in a Ghetto, they lived a productive life which included cultural and spiritual activities.

The Terezin Ghetto Museum also shows that the life in the camp was tough with acute pain, hunger and death.

During your visit, don’t miss out on the exhibits of children’s artwork.

The living conditions in the Ghetto were poor, and the executions were regular.

As a result, the Bohušovice basin close to Terezin Concentration Camp, which was used to dump the bodies, just couldn’t keep pace.

With pressure mounting, the Nazis eventually built a crematorium towards the south of the Town.

Columbarium: A room or space used to store urns with ashes of the deceased.

Since so many of the Jews were being put to death, a Columbarium was created in an enclosure near the assembly point XXVII of the Main Fortress.

However, just before the Germans lost the war, they started to cover the traces of their crimes.

The urns from the Columbarium in Terezin were taken and distributed elsewhere.

Some were buried in the Concentration Camp in Litoměřice, but most of them were thrown away in river Ohre.

Magdeburg Barracks was the seat of the Jewish self-government at Terezin.

All the major cultural events, religious services, lectures and meetings etc. were conducted at the Magdeburg Barracks.

As of today, these barracks have been reconstructed and are used for educational purposes.

The Nazis wanted to project the Terezin Concentration camp as a ‘model ghetto’ to rest of the World.

As a result, they allowed the Jews there the permission to indulge in cultural activities within Theresienstadt.

Even though, the conditions weren’t suitable for creativity the Terezin theatre proliferated.

These are small halls where the bodies of the dead were kept for some time so that the mourners could pay their last respects.

Tourists are known to feel a tinge of sadness pluck at their heartstrings, even as they stand inside one of these halls.

Small Fortress was initially built as a Gestapo prison.

The prison cells in this fortress were in use extensively from 1940 to 1945.

Ironically, after the Allied victory, the German war criminals were made to stay in these prisons and later executed.

Where to stay in Terezin

We recommend the below given three hotels, which are both highly rated and close to Theresienstadt.

Amongst the highly rated hotels, Hotel Koliba is the closest to Terezin Concentration camp.

Hotel Koliba is in a town called Litomerice, and is 2.7 km away from the Terezin Memorial.

This is yet another excellent hotel in Litomerice and from this hotel it takes approximately 25 minutes by road to reach the Concentration Camp.

The distance from the GrandHotel Salva to the Terezin concentration camp is 3.3 km.

Hotel Lev is rated 4.5 on Tripadvisor.

Located in a small town called Lovosice, this hotel is 7.9 Kms (4.9 Miles) from the Terezin attractions.

1.Terezin started out as a holiday resort reserved for Czech elite.

2. Terezín is contained within the walls of the fortress Theresienstadt which was created in the late 18th century and named in honour of Empress Maria Theresa, mother of Emperor Joseph II of Austria.

3. Although Terezin was never supposed to be a slaughter camp, around 33,000 people have died here.

4. Executions alone didn’t kill the Jews in Terezin. Malnutrition, extreme population density and diseases are also known to have contributed to the deaths. 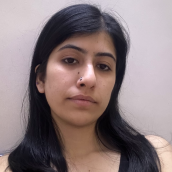 Since she doesn't want to leave anything to chance, she prefers sightseeing with the assistance of a tour guide or a city map. She also prefers to visit one place during one holiday, and leave nothing unexplored. During her vacations, she takes long walks, pondering the most profound philosophies of life. Favorite Cities: Prague, Lisbon, Vienna, Munich, Nice