The Jewish Quarter in Prague is the best place to experience the culture of Jews and how they have lived over the years.

With time, the Joseph Jewish Quarter Prague has endured several structural changes, but it still stands testimony to the persecution of Jews over the centuries.

In this article, we explain everything you need to know before you visit the Jewish Quarter in Prague.

How to reach Jewish Quarter, Prague

Since the Joseph Jewish Quarter is located near Old Town Square and the Vltava River, it has the advantage of being close to various tourist places.

Tourists have the option of going around on foot, or they can use one of the available public transport options such as bus, Metro or tram.

Bus numbers 194 and 207 stop at Staromestska Metro station, which is a three-minute walk from the Jewish Quarter.

Bus 194 also makes a stop at U Staré školy which is next to the Spanish Synagogue.

Tram numbers 2, 17 and 18 can also help you get to the Jewish Quarter in Prague.

These Trams stop at Staromestska Metro station, which as already mentioned, is a three-minute walk away from the Jewish Quarter.

Get onto any Line A train, and get off at the Staromestska Metro station.

If you’re near the Old town or at the Charles Bridge, the best option for you is to walk to the Jewish Quarter.

We don’t recommend private transport to get to Jewish Quarters.

While it is the most comfortable option, finding a parking spot can be difficult.

There is limited parking available around the Jewish Quarter.

Even if you are travelling to Prague by car, we suggest you park your car outside the city centre and use public transport to go further.

Jump to the tickets section

There are two main attractions in the Jewish Quarter, Prague – the Jewish Museum and the Old-New Synagogue.

Here are their opening times –

The Jewish Museum Prague is open every day of the week, except Saturdays.

According to the time of the year, the Jewish Museum has different opening hours.

The Museum starts vacating the visitors from 4:20 pm or 5:50 pm, i.e. ten minutes before it closes.

The Old-New Synagogue has an alternate schedule for Fridays.

From Sunday to Thursday

On Fridays, the Old-New Synagogue closes an hour before the Sabbath.

Moreover, the Jewish Museum and the Old-New Synagogue are closed on Jewish holidays.

For detailed information on the Jewish holidays and the Sabbath’s timing, click here.

What is the Jewish Museum?

The Jewish Museum consists of numerous Jewish Quarter sites, which narrate the story of Jewish persecution over the centuries.

Ironically, a lot of credit for the Jewish Museum Prague must go to Hitler.

He wanted to create a memoir for the race he thought was going to become extinct.

And he ordered that Jewish exhibits which survived the destruction of the Jewish communities in Bohemia and Moravia be collected and put on display.

The below-mentioned monuments add up to become what is collectively known as the Jewish Museum.

Housing around 12,000 gravestones and even more graves, this Jewish Quarter Cemetery is the oldest surviving Jewish burial grounds in the world.

It was declared National Cultural Heritage in 1995.

The Maisel Synagogue was built in 1592 making it one of the oldest Synagogue in the Jewish Quarter.

It displays the history of Jews in Bohemia and Moravia from the 10th century to their emancipation in the 18th century.

Built in 1868, the Spanish Synagogue is one of the most popular Synagogue in the Jewish Quarter.

Its name was inspired by its Moorish design.

It exhibits the history of the Moravian and Czech Jews from the 18th century until today.

After the Old-New Synagogue, Pinkas Synagogue is the oldest one.

The Pinkas Synagogue is the result of the work and contributions of the Horowitz family.

After the Nazis lost the second World War, this synagogue was turned into a Memorial for the Jews killed by the Nazis.

Around 80,000 names are inscribed on the walls of this Synagogue.

The Klausen Synagogue was built in 1694 and is located at the entrance to the Old Jewish Cemetery.

It is the largest synagogue in the former Prague Jewish ghetto.

During its heydays, it was the seat of the Prague Burial Society.

Continuing from Klausen Synagogue, the Ceremonial Hall hosts the second part of the exhibition ‘Jewish Customs and Traditions’.

The Robert Guttmann Gallery is named after the Prague painter by the same name.

What’s not part of the Jewish Museum?

The only significant monument in the Jewish Quarter which isn’t part of the Jewish Museum is the Old-New Synagogue.

Its construction was completed in 1270 in Gothic style, which makes it the first Gothic building of Prague.

You need a separate ticket to enter this Synagogue.

Yet another tourist attraction not to be missed while in the Jewish Quarter, is Franz Kafka Monument.

It is a 3.75 meters tall statue of the famous German-speaking Jewish writer, Franz Kafka.

Self tour vs guided tour

Visitors to the Jewish Quarter Prague have one question on their mind – should they walk around and explore it on their own or should they book a guide?

The Jewish Quarter Prague can get confusing for the most seasoned of travellers.

That’s because there are so many different buildings, monuments and historical attractions which combine to become what is known as Jewish Quarter Prague.

One good thing is, the Jewish Quarter is a small area and all the attractions are within walking distance of each other. Some even as close as 100 meters.

This means you can go on a walking tour of Jewish Quarter Prague yourself.

However, we don’t recommend that.

If you don’t get the stories and anecdotes right, you won’t get the full impact of what has happened in the Jewish ghetto over the centuries.

That’s why we recommend you book this guided tour of Jewish Quarter Prague.

A certified local guide can show you World’s most well preserved Jewish dwelling place in the best possible light.

Important: All the tickets showcased below are smartphone tickets. They get emailed to you as soon as you make the purchase. You don’t need to take printouts. On the day of your visit, show the email in your inbox, on your smartphone and join the tour.

There are many kinds of guided tours of Jewish Quarter Prague.

We have identified the best four tours and detailed them out below.

This is a complete tour of the Joseph Jewish Quarter Prague where you can experience the culture and history of the Jews who have lived here for centuries.

It lets you explore the entire grounds of the Jewish Quarter, including the Synagogues and the Jewish Cemetery.

This two and a half hour long tour is available in English, Spanish, Czech, French, German, Italian, and Russian.

This tour takes you through the whole city of Prague in a day.

This is a popular choice among tourists who don’t have much time or are in Prague for a short while.

During this 6 hours long guided tour you will explore the city by foot, riverboat and tram.

The highlights of this tour are your visit to the Old Town, Jewish Quarter, New Town and Lesser Town, along with the Prague Castle complex.

Younger ones can accompany for free.

If you prefer your own guide, we recommend this 3-hour private tour of the Jewish Quarter.

This tour also includes a pickup and drop from your hotel in Prague.

You will visit all the synagogues and the Old Jewish Cemetery.

On the ticket booking page, you can choose two starting times – 9 am and 1 pm.

If this is your first visit to Prague, and you don’t want to restrict yourself to just the Jewish Quarter, we recommend this tour.

The tour includes some of the fantastic sites of Prague including the Charles Bridge, Wenceslas Square, the Old town square, the New Town( or Nove Mesto) and the Prague Jewish Quarter.

During this four-hour tour, a professional guide will narrate the rich history and the stories behind the structures.

While entering the Old Jewish Cemetery, men must cover their heads.

There are skullcaps available at the Museum, or you can buy one at the entrance of the Old Jewish cemetery.

Women are exempt from covering their heads.

The tourists are free to bring their own head covers as well.

As a tourist, it is always sensible to carry a map around with you.

A map of the Jewish Quarter Prague will not only help you explore the tourist destination better, but it will also help you save time.

Ensure that you have at least a simple, well-defined map of the place before starting your tour. Map of Jewish Quarter

You can also follow the walking directions provided here.

However, the best way to explore the Jewish Quarter is by taking the help of a local guide.

The Jewish Quarter Prague stands as a memory of the miserable conditions the Jews have had to endure for centuries.

It calls the attention of the world to the unfair society which slowly helped form such a magnificent part of of the city, that is admired by millions today.

In the 20th Century, when Hitler declared Jews as an ‘extinct’ race, the Jewish Quarter welcomed new changes to preserve the history and culture of those who resided there.

Many new sites were constructed by the Nazis, including the Jewish Museum which houses the collective artefacts of the destroyed slums of the Jews.

Even after this, there were constant structural changes made in the Jewish Quarter where many buildings were broken to the ground and rebuilt, disregarding the comfort of the inhabitants. 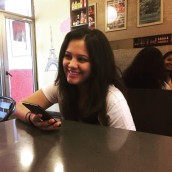 She loves to explore new destinations and places at every opportunity available, but she loves to do so with proper planning and according to set schedules. She doesn’t prefer well-known destinations and clichéd touristy activities. Once back, she regales her friends with exciting stories from far off destinations. During her travels, she loves to dress up like the locals. Favorite Cities: Quebec City, Nice, Dodoma, Marrakech